The Conservancy is committed to recognizing the free-ranging bison’s significance on Catalina as a heritage herd woven into the Island’s cultural and economic fabric. 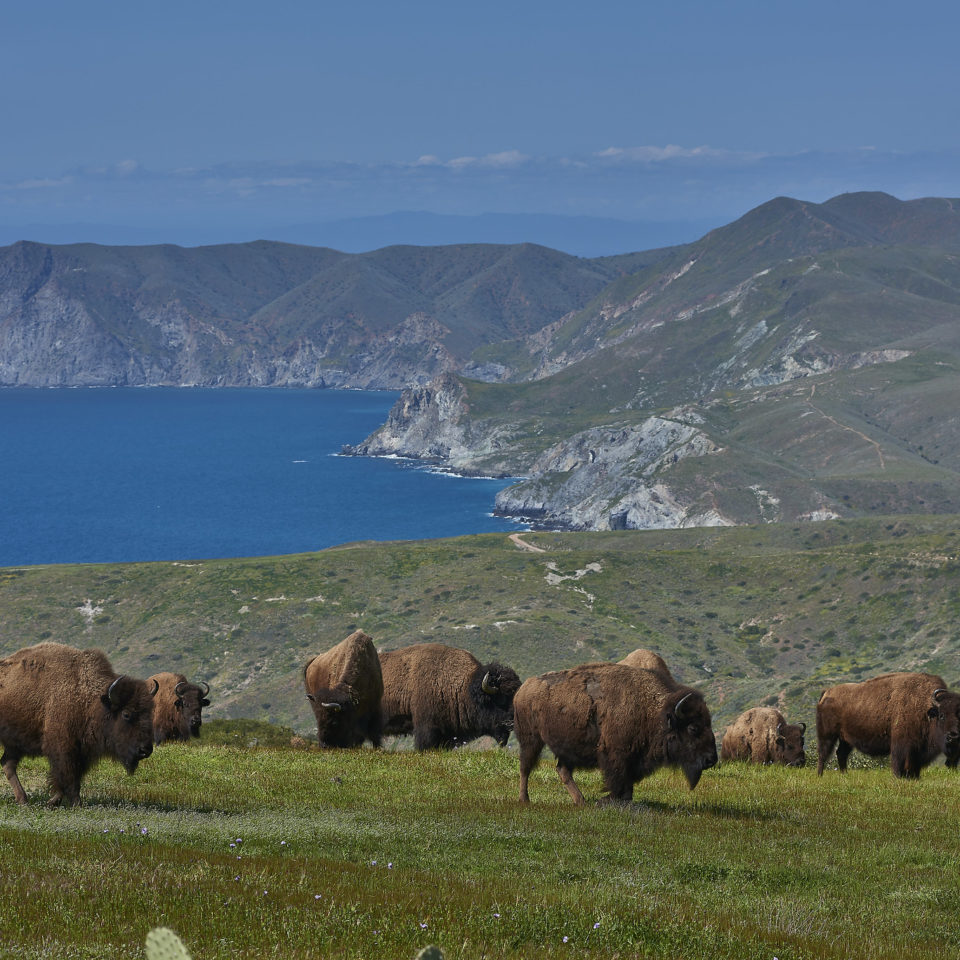 In 1924, a herd of fourteen American bison was introduced to Catalina Island to provide the backdrop for the production of a film. The herd remained on the Island after filming was complete and since its creation in 1972, the Conservancy has accepted the responsibility of maintaining a healthy herd, while minimizing their impact on the important wildlands habitat of Catalina Island.

Bison are large wild animals that can cause serious injury and even death. They can accelerate quickly to 35 mph and jump over 6 feet. Never approach, touch or attempt to feed bison. If you feel threatened, identify an escape route. Place a large object between you and the bison (tree, rock, vehicle), and give the bison a path to avoid you. Never box in a bison with people being both in front and behind it. Get the latest news from Catalina Island Conservancy delivered straight to your inbox.

By submitting this form, you are consenting to receive marketing emails from: Catalina Island Conservancy, PO BOX 2739, Avalon, CA, 90704, US, http://www.catalinaconservancy.org. You can revoke your consent to receive emails at any time by using the SafeUnsubscribe® link, found at the bottom of every email. Emails are serviced by Constant Contact.